Here’s a handy guide to (some of) the men and women who are keeping an illegitimate President in office, and how they got there. 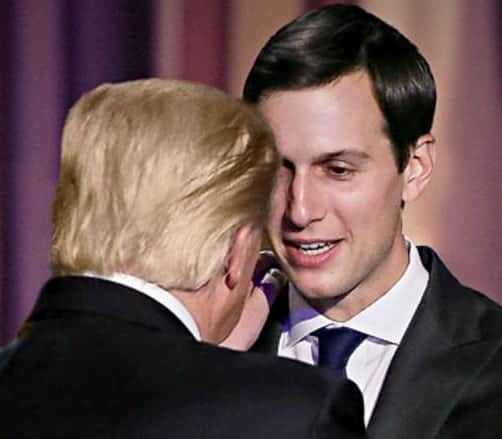 You may have never heard Jared Kushner speak, but you’ve been influenced by the stealth data machine he built as a means of bringing his father-in-law to power.  Kushner is by all accounts a power-hungry egomaniac who is really pulling the strings in the White House. Kushner introduced his father to Peter Thiel, the Facebook founder who helped guide his digital war efforts.  He’s been a close family friend of Benjamin Netanyahu, and is believed to have engineered an alliance between his father, Bibi, and Russian President Vladimir Putin. Kushner is suspected of taking data stolen by Russia and other sources to build a database of likely voters, then used it to build a misinformation campaign helped by Russian-built bots, trolls and the fake new sites Breitbart and Infowars. He also had meetings with Russian ambassador Sergey Kislyak and Putin’s banker. He’s the son of a convicted criminal and used to run the real estate development firm built by his grandfather and father on dubious foreign cash sources. 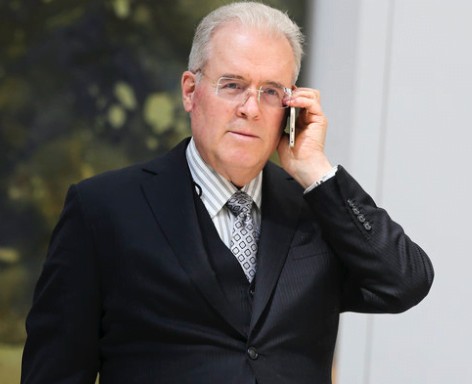 Mercer is the uber-wealthy owner of one of the world’s largest hedge funds, Renaissance Technologies. Mercer’s company owes $7 Bn in back taxes, but this didn’t stop him from spending millions in donations to conservative political action committees and on Trump’s campaign.  Mercer also owns Cambridge Analytica, a psychographic targeting firm which identifies personality traits from your social media likes and dislikes. Cambridge Analytica is thought to have influenced the Brexit vote, worked for Ted Cruz’s campaign and was ultimately hired by Jared Kushner’s stealth data machine.  Mercer also owns Breitbart News, which created a lot of the fake news peddled to stoke people’s fears and biases. 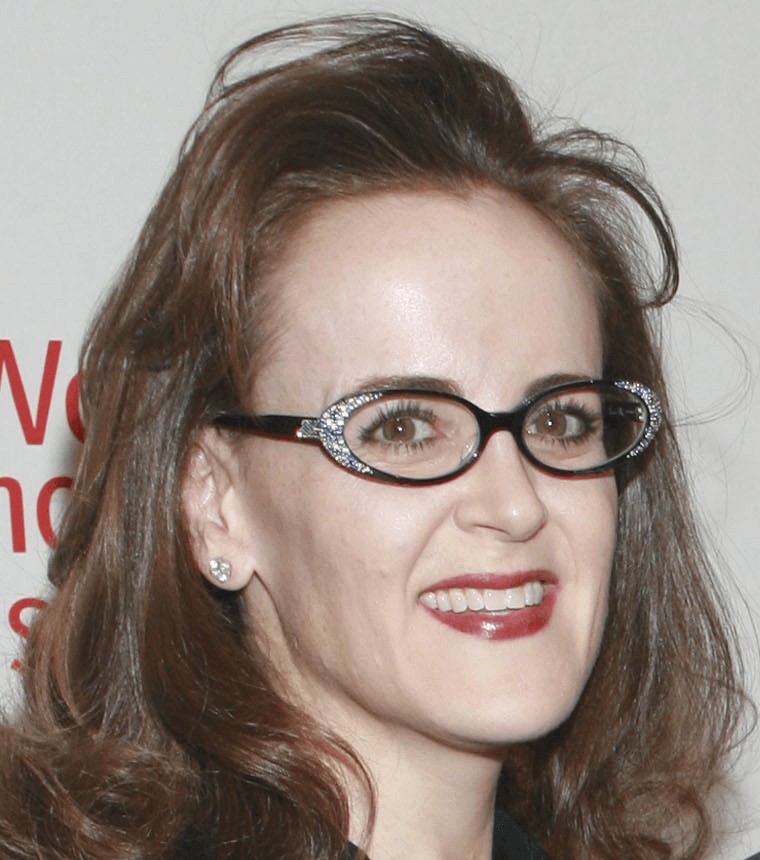 Robert Mercer’s daughter and the heiress to his fortune. A decade ago, Mercer was running a Hell’s Kitchen bakery. Now she’s advising the President.  She introduced the President to his chief strategist, Stephen Bannon as well as adviser Kellyanne Conway, and is rumored to have influenced the appointments of former National Security Adviser Michael Flynn and Attorney General Jeff Sessions. 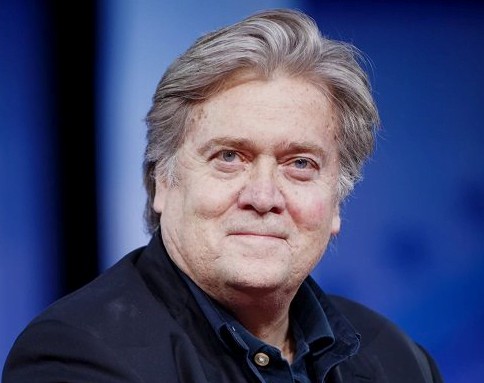 Mercer’s man inside the White House.  A notorious Islamaphobe and former chief propagandist at Breitbart News, he wants to wage a world war against Islam. When he threatened to resign because of infighting with Jared Kushner, it was Bekah Mercer who convinced him to stay. 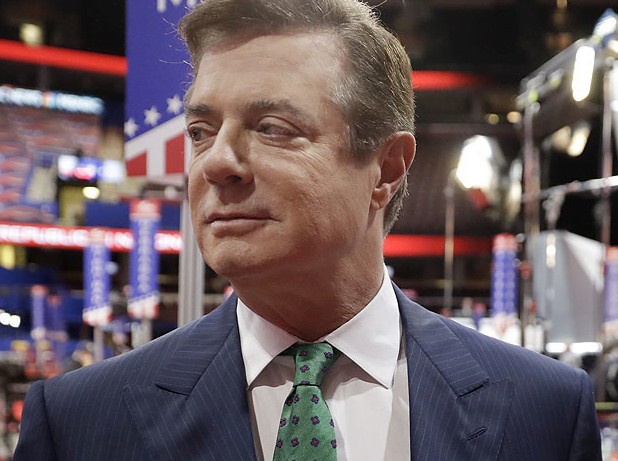 Manafort was forced to resign as Trump’s campaign manager because of his links to Ukraine, yet he continues to advise the President on Russia-Trump matters. Manafort was paid $10M by one of Russian President Vladimir Putin’s key oligarchs to promote Russia’s interests in the US and abroad. Manafort is yet to register as a foreign agent, is under scrutiny for dodgy real estate deals in Manhattan and conveniently lived in Trump Tower while on Putin’s payroll.

He served as Trump’s National Security Adviser for just 18 days after it was revealed he had been “compromised” by the Russians by then acting Attorney General Sally Yates.  He was famously pictured sitting next to Vladimir Putin at a Russia Today gala in Moscow, has been paid by Russian firms and was working on behalf of the Turkish government to try abduct one of their political opponents living in the U.S. He retroactively registered as a foreign agent and is now widely believed to have turned against his former boss Donald Trump and could be talking to the FBI, turning into a State witness against his former boss. 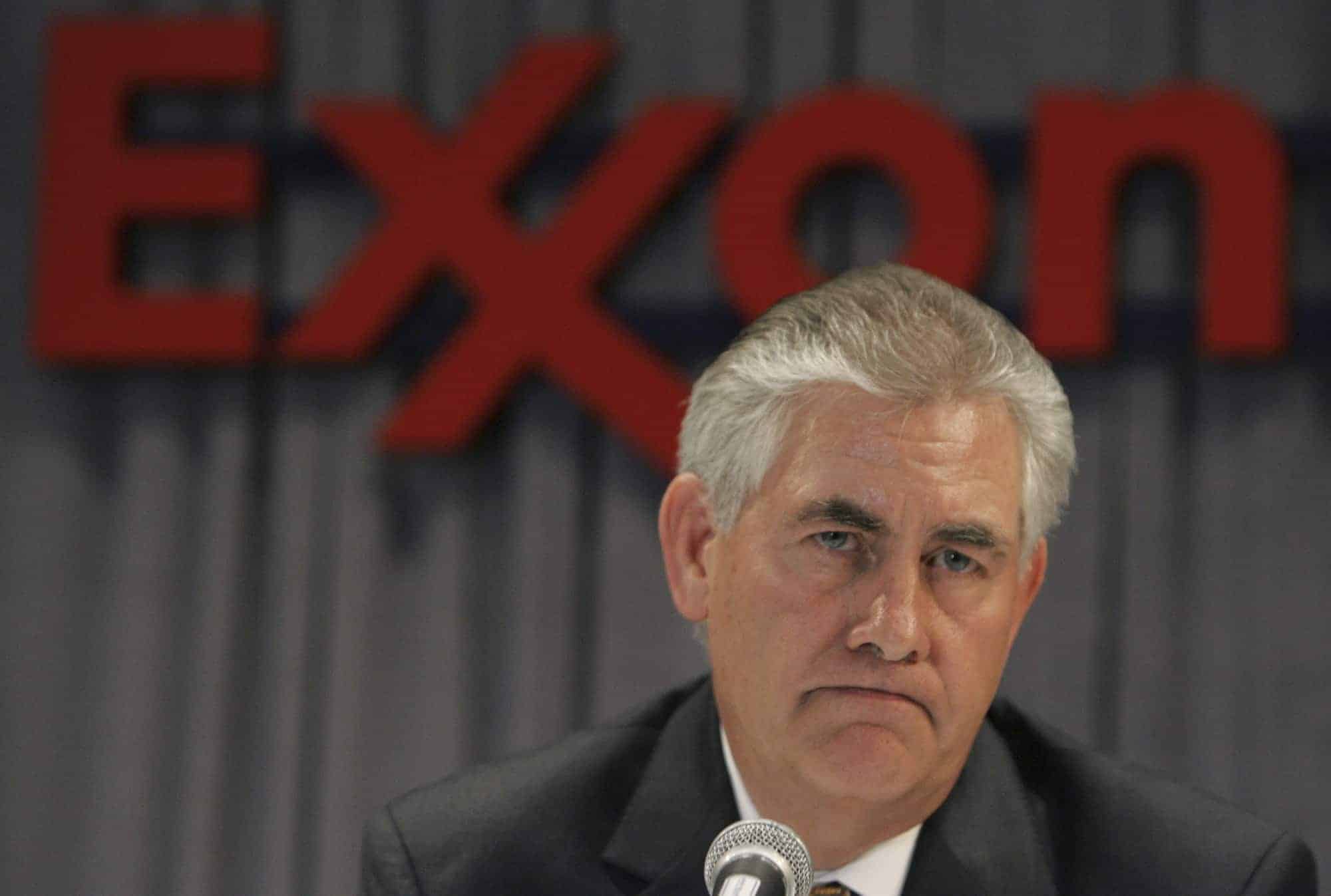 Tillerson is basically one of Putin’s oligarchs and his best friend in the West. Trump had never met Tillerson before hiring him in their first meeting.  As a former Exxon CEO, he stands to benefit personally from the lifting of Russian sanctions which would result in resumed drilling in Russia’s Arctic Sea.

The son and daughter of Industrialist Edgar Prince. Erik is a notorious mercenary who gave the world Blackwater, which killed Iraqi civilians during the war there. Betsy is Trump’s Education Secretary and recently supported a state’s rights to discriminate against LGBT students.  They are super wealthy and made healthy donations to the Trump campaign super-PACS.  Prince is said to have negotiated a back-channel between the Russians and the Trump organization engineered by a United Arab Emirates sheikh. Betsy is married into the DeVos family.

Which brings us to Betsy’s husband… 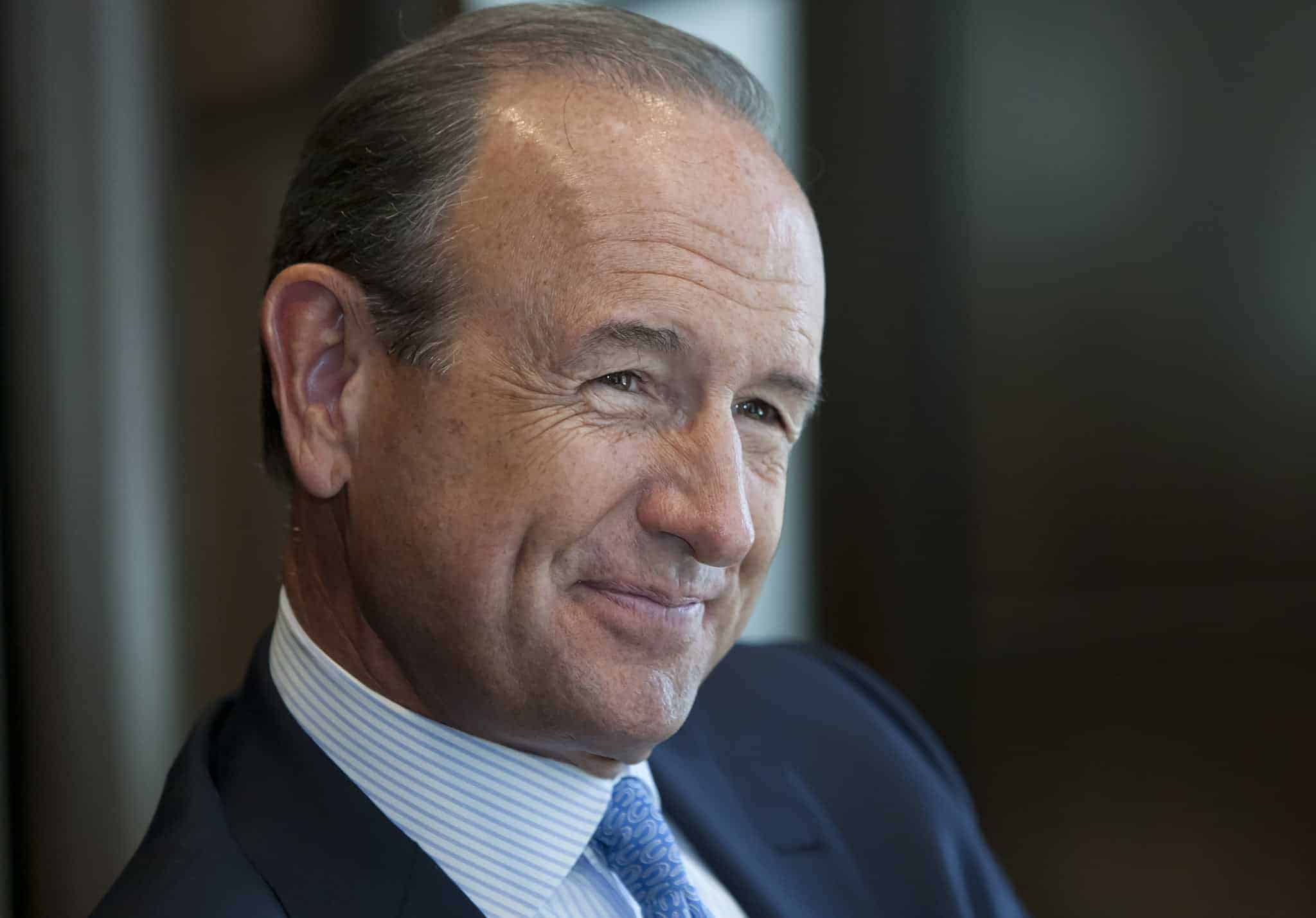 DeVos is heir to the Amway empire and runs Spectrum Health. Spectrum Health is important because his company is the subject of a FBI probe into server links between the Trump Organization and Russia’s Alfa Bank. It’s believed the server could have been cross-checking a database of potential voters put together by Russian intelligence and Spectrum Health (using private data?). Such a database could have aided Jared Kushner, the Mercers and Breitbart in strategic targeting for their fake news machine primed by Russian bots and trolls. 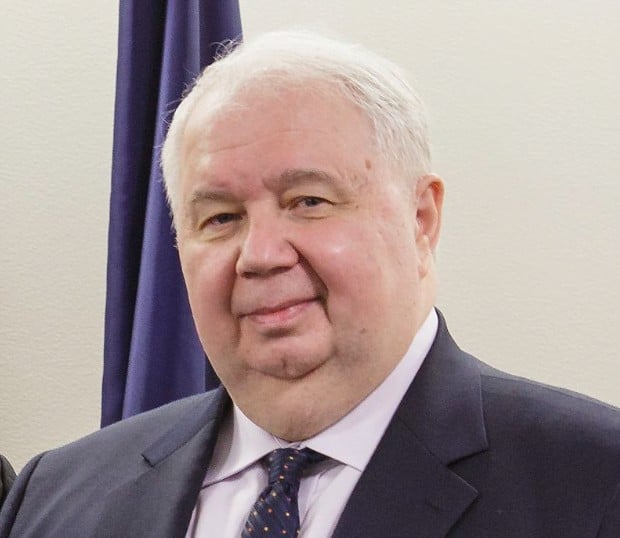 He worked Flynn, Sessions and probably everyone else on this list to buy them off with money in an effort to soften US policy to Russia. Trump invited him into the Oval Office with Foreign Minister Sergey Lavrov. In that meeting, Trump handed confidential information and admitted to firing “nut-job” FBI Director James Comey for investigating him over Russia. 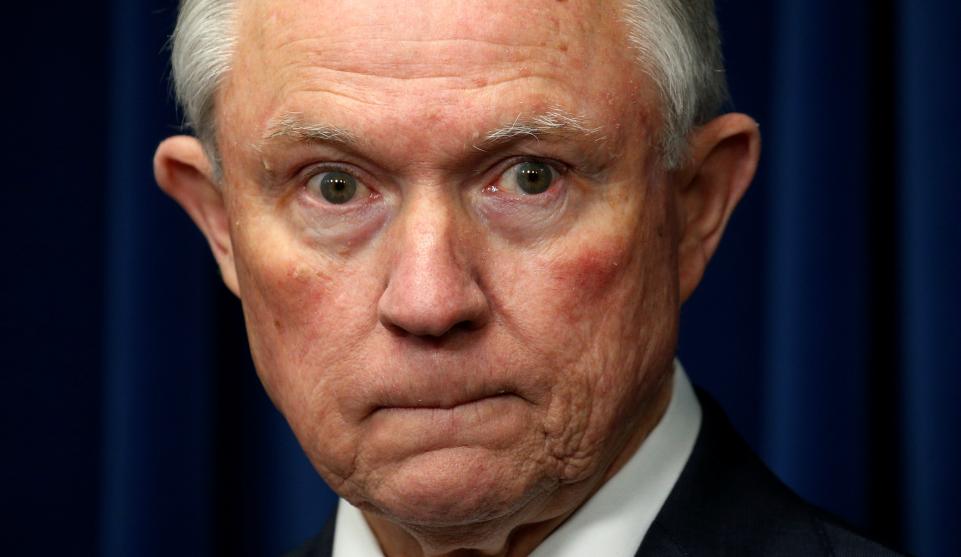 He lied about meeting Russian Ambassador Kislyak and is supposed to be recused from all matters Russia but still fired FBI Director Comey.  He also brought to the Trump campaign Carter Page, the man who allegedly took a bribe from Russian President Vladimir Putin (on behalf of Donald Trump) in exchange for the dropping of sanctions. 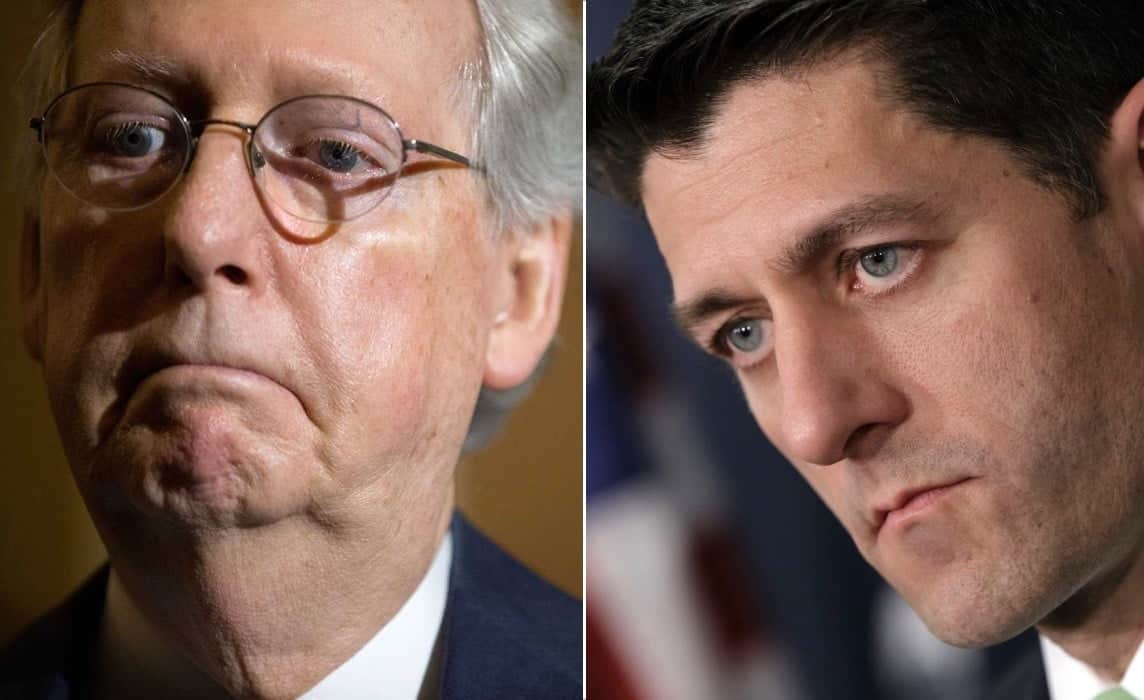 So if you don’t know, now you know.

5 thoughts on “All The President’s Men”