As Russia attempts to pry Qatar out of America’s sphere of influence, there are new questions about Moscow’s role in global terrorism.

The world shuddered on Monday, as a major rift tore apart the seemingly stable US alliance in the Middle East, known as the Gulf Cooperation Council. Qatar, the small and extremely oil-rich Middle East, was cut off by the council’s ruling members. Saudi Arabia, the UAE, Egypt and two other countries suspended diplomatic relations with the tiny Emirate, cut off air land and sea travel. All but Egypt ordered their citizens to leave within 14 days.

The stunning move was precipitated by what Qatari and US intelligence officials said was a fake news story planted by Russian hackers in Qatar’s official news agency. The fake article attributed quotes to Sheikh Tamim bin Hamad Aal Thani as supporting fundamental terrorist organizations and Iran and called relations with the Trump administration “strained”. The article may have been fake but it highlights very real, seemingly opposite goals of the tiny Emirate. 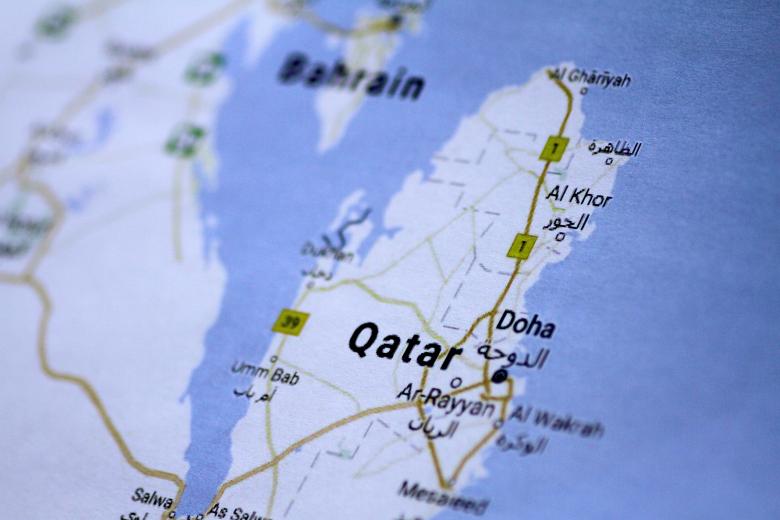 Qatari foreign policy is, to put it simply, a study in contradictions. While the Emirate supports revolutionary movements, it also plays host to the largest US military base in the region at al-Udeid, south-west of Doha. Doha is the home of Al-Jazeera, which for years has been outwardly supportive of the Muslim Brotherhood in Egypt and Saudi Arabia and often rebroadcasts audio messages from al-Qaida leaders but until Monday was still allied to Saudi Arabia. Doha also still maintains diplomatic ties with Tehran, much to Riyadh’s chagrin. In the Middle East, you’re either with the mostly-Sunni Saudis or with mostly Shiite Iranians. Qatar has tried to do both.

Russia, in its pursuit of warm water access to the Mediterranean and dominance in the region, has been trying to ply the Emirate away from US influence for years. So far,  Qatar has been quite amenable to Moscow’s advances. In January this year, Qatar’s Emir visited Russia and exalted Vladimir Putin for “playing a leading role in stability in the world”.

Moscow has been heavily investing in Qatari interests over the last few years and Qatar has been heavily investing in Russia. The relationship cemented itself last year when Moscow sold 19.5% of Rosneft, the giant Russian state-run oil company, to a Qatari-led partnership with Swiss oil firm, Glencore. Little else is known about the deal because it is shrouded by Bahamian registered shell corporations but it’s suspected of being the same deal mulled in the Steele Dossier, in which Russia offered a 19.5% in Rosneft to Trump campaign official Carter Page, in exchange for a lessening of Russian sanctions.

Was Russia’s hack of Qatar’s news agency a not-so-subtle attempt to provoke the Saudis to isolate Qatar and in so doing, move the Emirate even closer to Tehran and Moscow’s orbit? A trick played on the Saudis to drive a wedge between them and Qatar? Quite possibly. This scenario seems even more likely when viewed in the context of President Donald J. Trump’s tweet which applauded the Saudi move. “They said they would take a hard-line on fundamental extremism and all reference was pointing to Qatar. Perhaps this will be the beginning of the end of the horror of terrorism!” Even as the US Military and Diplomatic corps were trying to rebuild the Middle East coalition, President Trump was nudging the break-up along. Moscow’s sleight of hand would be at once evil and brilliant, if it weren’t so apparent.

The most troubling aspect of all this is that Moscow itself, has long been suspected of being backers of fundamental terrorist groups like ISIS. Russia “provided material support to ISIS to manipulate the war in Syria and Russian media has long alleged that Russian security forces helped recruit for ISIS, which now has thousands of Russian-speaking jihadis in its ranks,” said Molly McKew in Politico in 2015.

“The arrival of the first group of several hundred Russian-speaking fighters was a key turning point in the Syrian war — turning the war away from Assad and toward Iraq. The largest current source of ISIS revenue, according to US and European officials, is from selling oil to Assad — and Assad cannot act without Russian approval. ISIS requires Russian ammunition to fight, readily acquires it from stocks sent to Assad, and seems to find fortuitous resupply when necessary.”

Yes, the same ISIS which has claimed responsibility for the bombing of the Ariana Grande Concert in Manchester and ran over and stabbed citizens and tourists on London Bridge was, and likely still is, an arm’s-length instrument of Moscow’s foreign policy.  In December 6, 2015, Ukrainian TV aired an interview with a former FSB counter-terrorism specialist who alleged Russia was “directly and indirectly complicit” in global terror attacks.

When asked if Russian agents could be involved in the [November 2015] terrorist attacks in Paris, Yevgeniy said there was “complicity in acts of terrorism.” He continued, “And the complicity could be direct or indirect. By analyzing their connections, one, of course, will be able to see the ties leading to Russia. Primarily Russia could benefit from this, and the Russian security services had all the possibilities to organize this.”

The 2015 Paris attack claimed 130 lives and, as with the recent tragedies in Manchester and London, ISIS claimed responsibility for it. While ISIS gets some upside from these attacks, it’s really Russia which gains the global leverage. It forces democratic electorates to choose more conservative governments, fosters fear and intolerance, creates chasms in the existing alliances but also forces the world to view Moscow as part of a solution to a mess it covertly created. Viewed in this light, the Trump administration’s assertion that it will fight ISIS with Russian help just seems like another covert ploy by Moscow to play an international game of cat and mouse when in reality, it is both.