The Republican Party is imploding. Young Republicans are fleeing and President Donald J. Trump’s support is eroding as quickly as you can spell ‘Russia’.

On the eve of Montana’s special election to elect a new congressman, Republican front-runner Greg Gianforte body-slammed Guardian reporter Ben Jacobs. Gianforte’s attack was in response to Jacobs’ question about a health care bill which threatens to rob many in the party’s base of affordable health coverage. The brutality of the assault, and subsequent lie about what happened, is a canary in the coal mine for a Republican Party falling apart, devoid of values and wholly owned by Russian autocrats.

All that for asking a question. Almost unnoticed in the scuffle, is evidence the Guardian Newspaper dug up about Gianforte’s investments in two Russian Index Funds which invest heavily in sanctioned Russian companies.

Both are indexed to the Russian equities market and have significant holdings in companies such as Gazprom and Rosneft that came under US sanctions in the aftermath of the Russian invasion of the Crimea.

Gianforte is an independently wealthy tech entrepreneur (he’s estimated worth is $315M) but his investment in the Index funds is a clear bet on Russia’s economy. Why would he do that unless he believed Russian sanctions would be lifted?

Gianforte may be a canary, but he is not alone. The rot inside the Republican rank and file runs deep, is well-funded and operates with unparalleled sophistication in coordination with its Russian overlords. Together, ‘Russia-GOP’ prey on people’s fears and keep opponent supporters at home, by peddling fake news micro-targeted to people’s Facebook and other social media accounts.

Take Cambridge Analytica, the murky “psychographic” marketing company which figures out your personality profile and targets your fears by amplifying them with conflated or blatantly false content. The company is thought to be responsible for the unexpected ‘Brexit’ vote in the UK, the inexplicable campaign of Ben Carson, the bizarre rise of Ted Cruz and of course, the election of Donald Trump.

According to Newsweek,  The company is principally owned by Robert Mercer, a hedge fund billionaire who supported Trump and was a leading investor in Breitbart.  Stephen Bannon, Trump’s campaign chairman (after Manafort) and now chief strategist at the White House, was the vice president of Cambridge Analytica’s board as well as the executive chairman of Breitbart before joining Trump’s team in August.

Investigators want to know how Cambridge Analytica is linked to Russia’s unprecedented cyber operation to manipulate the election, according to Time.

I’ve already reported that Flynn, Sessions, former Trump campaign manager Paul Manafort, Trump senior adviser and son-in-law Jared Kushner and Carter Page were all involved in a secret meetings with Ambassador Sergey Kislyak last Summer, in an effort to soften the party’s plank on Ukraine and who-knows-what-else. The photo below reportedly snapped minutes after one Trump-Russia meeting shows Kislyak, Manafort and Sessions returning from one of their sideline meetings. 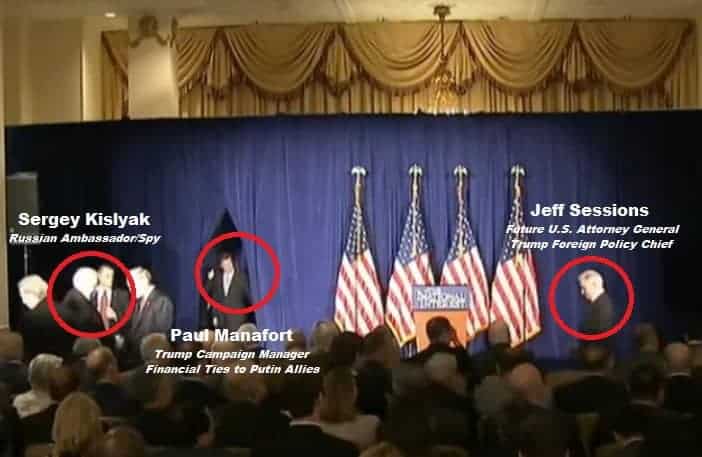 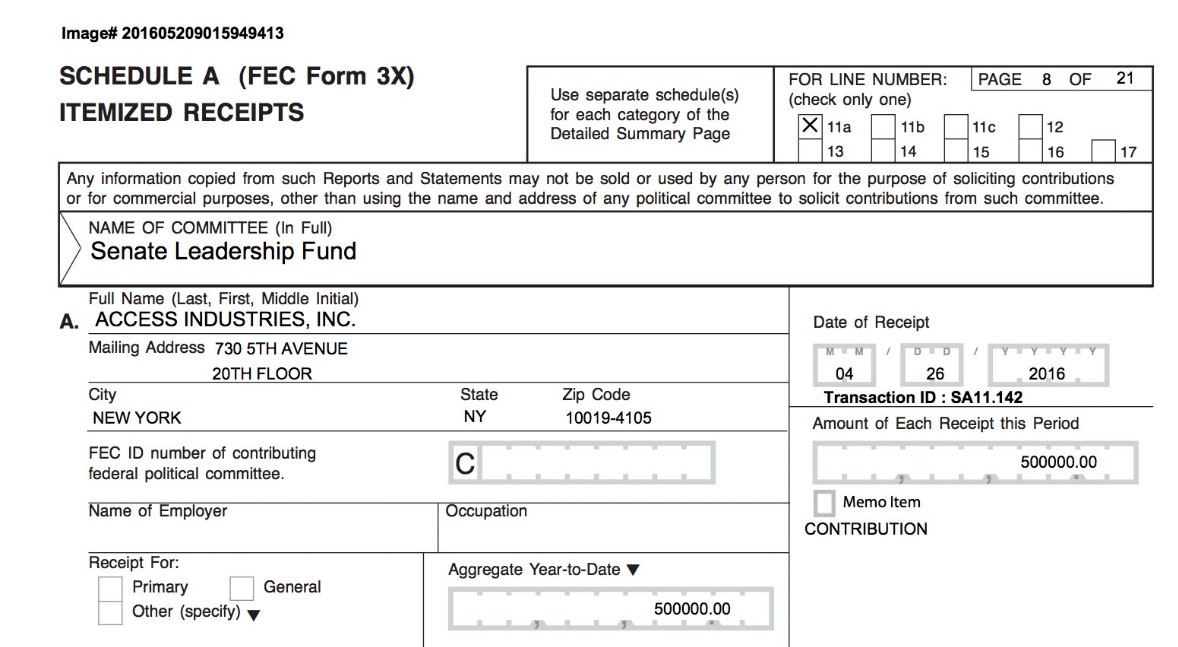 It’s almost hard to believe the Republican Party, which was founded by anti-slavery activists built on the principles of the revolution and which gave the country Abraham Lincoln has been so thoroughly defiled by this extent of corruption. The future of the Republic – and democracy – requires a strong GOP founded on the values it holds dear. Voters – especially poor white ones – across the country have been betrayed by their leadership.

At the same time, Citizens United needs to be overturned. The Supreme Court decision to label corporations as citizens has corrupted our politics top to bottom, left and right. If Republicans are true patriots, and have any chance of survival, they will fight to return power to its citizenry.  And if any unccorupted Republicans still exist, when will they stand up to their leaders and root out the disease which is eating its way through their party? What America needs now, more than ever, is a rebirth of the Grand Old Party – the party of Lincoln – flushed of its corruption and ready to serve the people. If the politicians can’t do it, the people will.