Unnamed sources say the FBI now has details of how the operation to elect Trump colluded with Russia to win. Here’s what to expect.

Back in the Spring of 2012, the campaign of the incumbent President of the US offered one lucky supporter a “Dinner with Barack”.  Not just any dinner, mind you. Dinner with former President Barack Obama was going to take place at the West Village Brownstone of Sarah Jessica Parker with the “Sex and the City” star and other celebrities in attendance.

This extraordinary intersection of pop culture and US political power was no accident. It was the result Obama’s extraordinary data machine figuring out that some his supporters had an affinity to certain celebrities, Jessica Parker among them. The dinner contest was just one example of how the Obama campaign utilized “big data” to galvanize support for the president in a way no other president had ever done before him.

To be fair, Facebook was only 4 years old when Obama was elected the first time, 8 years-old the second time around, so being first was good fortune as much as foresight.   But to his campaign’s credit, they realized social media was a way to upend the establishment and win an election. “We are going to measure every single thing in this campaign,” declared then campaign manager Jim Messina.

As President Obama took a victory lap for his wins in 2008 and 2012, a team of geeky data crunchers were doing their own high-fiving for their role in winning and re-winning the White House.  Time Magazine revealed this effort after the election in a story about how data won the election for Obama.

What they revealed was:

“a massive data effort that helped Obama raise $1 billion, remade the process of targeting TV ads and created detailed models of swing-state voters that could be used to increase the effectiveness of everything from phone calls and door knocks to direct mailings and social media.”

Flash forward to 2016, and reality TV star and property mogul Donald J. Trump was eyeing the White House. As a “self-funded” campaign the billionaire was not utilizing much of his own cash to power his campaign but now it has emerged, he was relying heavily on a big data campaign of his own.  Not funded by his own wallet, but by the coffers of a foreign nation.

Trump had little to no celebrity support and he certainly wasn’t organized enough to build a date machine in the Obama mold but with Russia’s help he was able to create a data machine with impressive results. Central to their operation was a server housed at Trump Tower in Manhattan. The server, was described as “odd” by FBI investigators.  The server made regular check-ins with two other servers owned by Russia’s Alfa Bank and Spectrum Health.

Alfa Bank outwardly operates independently of the Kremlin but is largely believed to be a front operation for Vladimir Putin. Spectrum Health is a medical facility chain run by Dick DeVos, husband of Education Secretary Betsy DeVos and Brother-in-law to Erik Prince, The Blackwater CEO and Trump ally who is believed to have held a secret meeting in the Seychelles between UAE officials and Russia, on behalf of Trump.

“From May 4 until September 23, the Russian bank looked up the address to this Trump corporate server 2,820 times — more lookups than the Trump server received from any other source,” according to CNN. This accounted for 80% of connections to the server. The remaining 20% (714), were look-ups by Spectrum Health servers.

Now a few online bloggers, including Tea Pain and Conspirador have concluded that the server was reconciling a SQL databases – basically updating a giant spreadsheet of voter information, contact info and social media data so Trump and his Russian partners could spam, intimidate and influence the election.

This would be just like the Obama data machine only this time the data was illegally gotten by a foreign government.  Here’s a sample of the IP look-ups which has led analysts to believe what was going on here was a reconciliation of voters data. 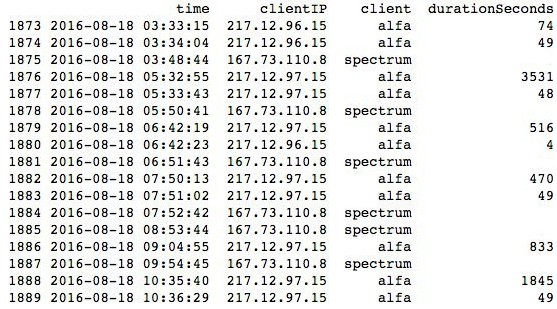 At the same time, the servers were connecting back and forth with Trump Towers, something illegal and odd happened to the election boards in at least two US States.  In July last year, Arizona and Illinois’ state voter rolls were hacked by Russia’s spy agency the FSB, via it would be later revealed, a Moscow server company known as King Servers. The FBI had a high certainty Russia was involved but while some voter IDs and contact info were lifted, the rolls themselves, weren’t modified. It’s entirely plausible the Trump Tower servers were reconciling illegally gotten data from state voter rolls for use in the campaign’s data effort.

As a health provider in many swing states, Spectrum Health could also add value to the data by matching names and addresses in their extensive healthcare databases to harvest email addresses and phone numbers to flesh out this list. All these changes would be promptly replicated back to Russia in a matter of hours.

According to various reports, this voter data provided destination addresses for anti-Clinton content which was created by the content creation division of the Trump-Russia operation. Wikileaks, Russia Today, Breitbart and Infowars leaked and created content – some fake, some not – which a small army of cyber trolls employed by Moscow could use to spam voters in swing states. Add to this, the hacked DNC emails released by Wikileaks and apparently timed with the involvement of the campaign and the case for collusion keeps growing.

All this was happening as Paul Manafort was managing the Trump campaign.  Manafort, it’s now known, was working on behalf of the Kremlin to influence pro-Russia interests in the Ukraine in the US.  This week, Manafort registered as a foreign agent. A clear sign he has been cooperating with FBI investigators who are probing Trump-Russia collusion.  He joins former National Security Adviser Michael Flynn and Trump foreign adviser Carter Page who are both suspected of operating as Russian agents 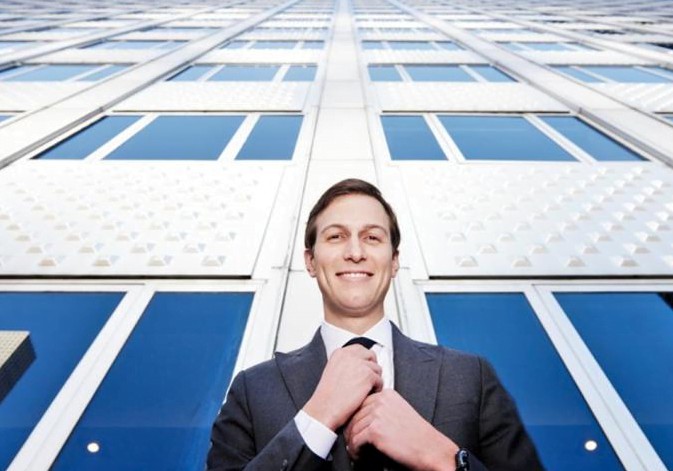 By June, and with the GOP nomination secure, there was an official stealth data machine run by the Trump campaign too, run by Jared Kushner.  According to Forbes, “Within three weeks, in a nondescript building outside San Antonio, he had built what would become a 100-person data hub designed to unify fundraising, messaging and targeting. Run by Brad Parscale, who had previously built small websites for the Trump Organization, this secret back office would drive every strategic decision during the final months of the campaign”.  Kushner told Forbes: “Our best people were mostly the ones who volunteered for me pro bono. People from the business world, people from nontraditional backgrounds.”.

The Guardian quoted an unnamed source last Thursday, “[Investigators] now have specific concrete and corroborative evidence of collusion,” the source said. “This is between people in the Trump campaign and agents of [Russian] influence relating to the use of hacked material.”

Which brings us to president Donald J. Trump’s sudden reversals on so many issues – China, Syria, Russia, Nato, Steve Bannon and the press.   It’s entire possible, Trump has now been exposed to the truth behind Russian collusion to help him win the elections. But it’s really unlikely, he wasn’t aware.  What seems more plausible, is that Russia’s operation has outlived its usefulness for the President and he can now ditch the entire machine, to govern in a more moderate way.  The question facing all of us is this: does it matter that Trump’s campaign colluded with Russia and cheated for their win or do we now live in an America where a win is a win, regardless of the means by which it was gotten?

Now that he’s morphed into a more mainstream Republican, and seemingly ditched his Russian allies, it seems there will be even less appetite for Congress to act against the President. This could be good for America, or it could be a slippery slope on which our democracy slides in oblivion.

8 thoughts on “Dial ‘C’ For Collusion”