A terror attack on St. Petersburg and a chemical attack in Syria. Two events intricately connected to Vladimir Putin’s appalling intentions for the world. What you need to know about why Putin needs to be stopped.

Russia’s winters are said to be spellbinding and cruel. Nowhere is this true more than in in St. Petersburg, where the Telegraph says you can find the ‘proper’ form of the coldest season. “Frozen lakes, white sculptural landscapes, startling blue skies, snowdrifts groping the windowsills, a dry, sharp cold that crackles and snaps and presses your nostrils,” says the Telegraph.

St. Petersburg bears the name of its founder, Peter, the Great. Peter was the Czar who turned Russia from a country, into an Empire. It was after just one such empire-building offensive against the Swedes in 1703 that Peter dismounted his horse alongside the Neva River and carved a cross in the ground with his sword, declaring “here will be a city”.

St. Petersburg was born. An extraordinary port city emblematic of Russian architectural prowess and its global imperialist ambitions but also of its geographical cruelty. Russia is the world’s largest country, linking Europe and Asia, but it is mostly landlocked save a few brutally cold ports whose waters are frozen for long periods of the year.

“Russian strategists have, over the last two hundred years, sought to remedy this through a steady, but relentless drive to the seas,” says Global Security. For Russia, access to warm water ports is the primary strategic goal with which it can expand Russian power and trade to the rest of the world. All of Moscow’s foreign exploits, including its recent genocide in Syria, the standoff with NATO and the recent interference in US democracy, are best understood when viewed through this lens.

When I’m asked why should Americans care if President Donald J. Trump colluded with the Russians to gain office? This is the reason. The world’s nations have always measured their greatness through trade. Most of the world’s goods are still carried over seas and ships need accessible warm water ports to disembark their cargos. The US has quite a few, conveniently straddling Europe and Asia and two oceans. It’s given America an unprecedented edge over other countries. That’s been good for America and good for freedom, justice and equality. Conversely, Russia has suffered. Until now, America has won, Russia has lost.

If President Trump allows President Vladimir Putin to pursue his strategic objectives unfettered, he allows America’s greatest nuclear adversary to increase its global dominance. This will rebalance the scales of human justice and freedom away from Western-style democratic freedoms and towards a backwards leaning autocracy of kleptocrats with little concern for human rights. Russia wants to equal or supersede the US and become a true global superpower. Imagine a country which slaughters innocent children, rounds up people based on sexual orientation and executes political opponents with that kind of power? That is how serious the stakes of Russia’s interference in the U.S. really are.

Considering the brutality of Russia and its winters, it’s no wonder the country loves one of the world’s roughest sports: Ice Hockey.  I’m an occasional fan of the sport, and am always gripped by the “power play” – when a fouled player is taken off the ice – allowing the opposing team two minutes to do their best against a team short one player. The power play is a good analogy for what is going on right now geopolitically. With the cloud of suspicion over the Trump White House ever-growing, the mass confusion in US foreign and domestic policy, Russia is left to advance its geo-political interests unfettered.

This was likely not the outcome Putin was looking for when he influenced the U.S. elections, probably preferring his efforts would lead to détente between Washington and Moscow, but the current chaos still plays into his strategy.  While the Trump administration is weighed down by a domestic agenda and a looming scandal. Putin is able to continue his global game of chess, lining up access to warm water ports and aligning spheres of influence without a countervailing American presence. 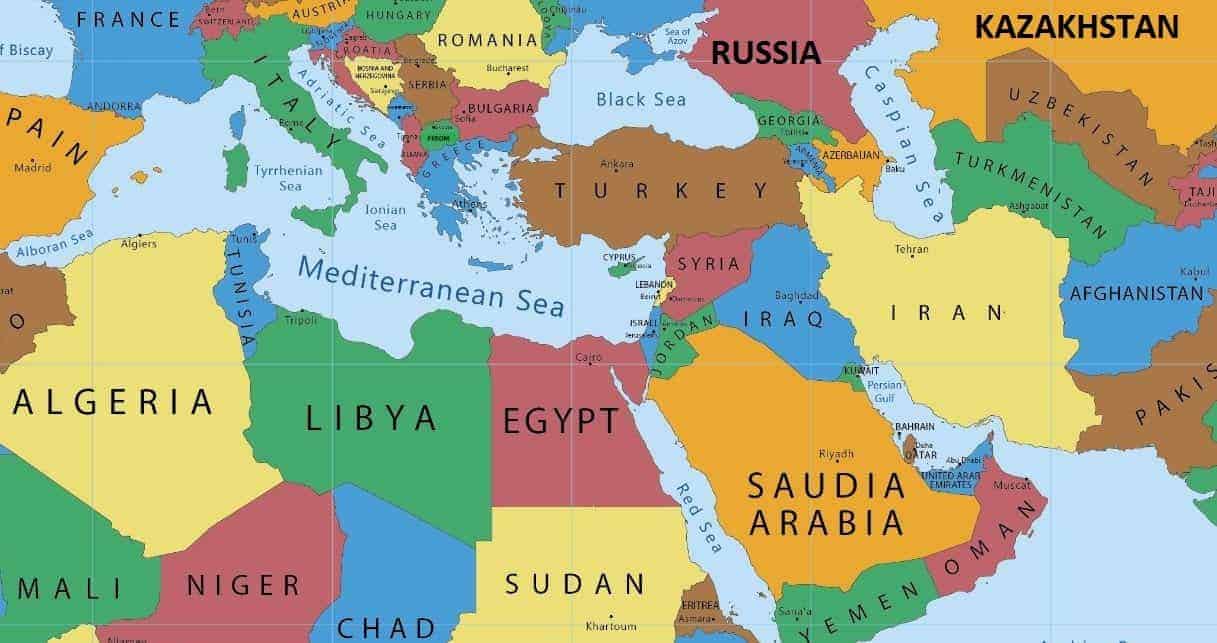 Russia already has a naval base in Tartus in Syria, as a result of its alliance with Bashar al-Assad and in Sevastopol in the Ukraine, after its annexation of Crimea.

Russian troops are now focused on Libya. Moscow has deep ties to General Khalifa Haftar, a warlord who is in control of large parts of Western Libya, says Marine Gen. Thomas Waldhauser, the commander of U.S. Africa Command.

The port city of Tripoli in Libya used to be an access port for Russia under Muammar Gaddafi so it seems likely Putin is looking to bolster Haftar as a Libyan leader to regain access to the port and Libya’s large oil reserves. The U.S. says it also has evidence Russian troops are in Eastern Egypt supporting Haftar but also potentially growing their influence over Cairo.

Russia’s Mediterranean strategy has not been secret but that it is playing out in such dramatic fashion is spectacularly ballsy of Vladimir Putin. In 2015, the Russians openly declared their plan when they released the “Maritime Doctrine of Russian Federation 2020”, without of course revealing they also intended to hijack US and other democracies to pursue their goals.

Deputy Prime Minister Dmitry Rogozin told IHS Jane’s Defense Weekly at the time that “…the Atlantic has been emphasized because of NATO expansion, the need to integrate Crimea and the Sevastopol naval base into the Russian economy, and to re-establish a permanent Russian Navy presence in the Mediterranean.”

Russia has also strategically aligned with Turkey, as that country is poised to leave the NATO. Turkey has the 6th largest air force in the world, the second largest army in Europe, after Russia, and the most powerful navy in the Mediterranean. In the past, Syria and Turkey have been adversaries but Moscow has been able to turn the tide in Istanbul by concocting a deal between itself, Syria and Turkey.

Iran remains the big question. Moscow can’t get land-access to Syria’s ports without crossing over Iran, which lies between the two countries. Now that we know Trump associate and funder, Blackwater CEO’s Erik Prince, held a back channel meeting with Russian and UAE officials in the Seychelles, it’s become clear that Iran is the pivot on which the Trump-Putin pact turns.

The thrust of the meeting in the Seychelles was, according to reports, to see if Russia would drop its support for Iran, in exchange for a more normalized sanctions-free involvement with the global community. That realignment will come at the cost of disrupting U.S. democracy and increasing Moscow’s presence in Libya, Syria, Turkey and wherever else Putin has his sights. If President Donald J. Trump can’t deliver a dropping of sanctions, Russia will remain loyal to Iran. Either way, Russia wins or at least forces the U.S. to play catch-up in this game of global 3D chess.

It may not seem it, but the world is at war. While the American presidency has been pulverized by Putin’s power play, our democracy is faced inwards while Putin and his corrupt allies can trample over the globe.

The good news about power plays, in hockey at least, is they only last two minutes. America can reclaim its footing if it also reclaims the moral high ground. This means mounting a serious opposition to Russia’s flagrant human rights violations and global ambitions. No-one wants a world full of injustice and genocide. Freedom has always been the source of U.S. power as leader of the free world. If we don’t continue to champion human rights, we risk plunging the entire planet into a long dark winter without hope and justice built in the image of its Russian architect.