There has never been an actual war on Islam, except in the minds of some of Islam’s most radical theorists and politicians. Until now.

It’s been half a century since author, Sayyid Qutb, was hanged for plotting to assassinate Egyptian president Gamal Abdel Nasser. Before he died, Qutb was able to plant the seed of an Islamic war with West which, half a century later, is bearing  fruit. 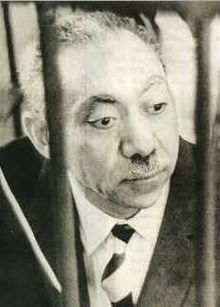 Two years before his execution, in 1964, Qutb penned “Milestones”. In it, he first voiced the idea of a war between Islam and the West.

The Western ways of thought … [have] an enmity toward all religion, and in particular with greater hostility toward Islam. This enmity toward Islam is especially pronounced and many times is the result of a well-thought-out scheme the object of which is first to shake the foundations of Islamic beliefs and then gradually to demolish the structure of Muslim society.

Qutb’s ideas thread the cloth which shaped the thinking of Ayatollah Khomeini, Anwar al-Awlaki and Osama Bin Laden. Theory which has influenced more and more impoverished Islamic faithful who believe the West is fighting Islam using military, economic, social and cultural means. It was really nothing more than a conspiracy theory built on a “radical contempt and hatred” for the West, says French political scientist Olivier Roy. Because of it, we’ve witnessed the rise of Ayatollah Khomeini in Iran, 911 and other untold horrific terror attacks in the West.

Isaac Newton’s third law of physics is simple. For every action, there is an equal and opposite reaction. And just as Newton theorized, the idea of a war on Islam led to terror attacks which led to conflict in Iraq and Afghanistan and now, to what is only a thinly veiled, actual war on radical Islam.

The organization has long disavowed violence, but it is closely-aligned to Hamas, the highly radicalized party which governs the Gaza Strip, on Israel’s border, and is classified as a terror organization by the US. The Brotherhood, and Hamas, are believers in Sharia Law – strict Islamic government – which even its most liberal interpreters agree, is not tolerant of other religions and freedom in general.

Some forty years after Qutb authored his book, and halfway around the world, another political writer theorized a similar war. “Islamic States of America” is a three-part film proposal about a United States ruled by Sharia Law and opens provocatively, with this sequence:

The author was a then 53-year-old Stephen K. Bannon. According to the Washington Post, which dug up the script treatment, Bannon’s three-part film traces “‘the culture of intolerance’ behind Sharia Law, examine the ‘Fifth Column’ made up of ‘Islamic front groups’ and identify the American enablers paving ‘the road to this unique hell on earth.’” 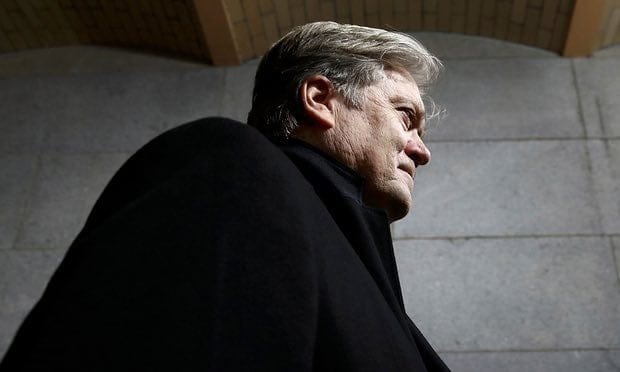 Today, Bannon is President Donald J. Trump’s Chief Strategist and now sits on the National Security Council which oversees all military action by the USA. It seems the fictional war contemplated by Qutb and Bannon is beginning to jump from the pages of fiction into reality.

Whether it’s the ban on refugees and immigrants from seven majority muslim countries, or the recent putting “on notice” of Iran by the Trump administration, the White House published list of 78 terror attacks, or the new plan to fight ISIS which the President is expecting on his desk within the coming weeks, the resolve against Islamic fundamentalism has hardened. It seems, we are heading back into war.

It is a conflict which has been waged since Israel was established in 1948. Since then, it has taken different forms, cloaked by the political aims of 9/11, regional Middle East conflicts and the Gulf and Iraq Wars but it’s never been so clearly delineated as a war between the West and radical Islam, as it is now.

The fountainhead of this looming war lies deep in the last century, in the writing of an Egyptian radical, but is being fought today not on the pages of a book, or a script, but in our own reality.  There is little doubt, the simmering conflict with ISIS has reached a boiling point and President Donald J. Trump is planning to intensify the fight. By the end of this month, President Trump will have a report on his desk from his Generals on how it will be waged. Whatever he decides to do, will write the next chapter in the war on radical Islam.